'I wanna go home.' Famous last words. Yesterday, I spent the day re-enacting the Women's Suffrage March when women traveled to DC to bring attention to 'voting rights for women' on March 3, 1913. That must have been some year, it is also the Centennial or 100 year anniversary for Delta Sigma Theta Sorority, Incorporated, the Department of Labor was established as a Cabinet-Level Department and the Federal Reserve System became the central banking system of the United States. It is also the year Rosa Parks was born. [ASIDE: Funny that her statue was just unveiled at the US Capital, too.] Who knew?

Well, the mood was befitting. There were folks dressed in red and white all over the place. The energy level was high and folks were too excited - when I tell you the Deltas are pumped like a kid in a candy store - you have no idea. Marching was fun, folks were laughing, huddling up trying to stay warm and taking pictures but it was cold. And despite all the wonderful sentiments, by the end of the day all I could think was 'I wanna go home.'

At the march, I ran into an old friend I hadn't seen in a gazillion years. She didn't look so well and it made me a little sad. She's probably one of the smartest people I've ever met and hasn't quite figured out this thing called life. We hadn't actually talked or seen each other in years and it struck me odd that what I would remember about her - is that she moved a lot. Hmm, did she not ever have a home? I don't mean she grew up on the streets or in a shelter because she has family here but did she ever have a place she could call home?

'When I think of home, I think of a place where there's love overflowing' ... I listened to Stephanie Mills all the way home and I couldn't quite shake why that was heavy on my mind. Until, I actually hit the door. I came in, dropped my bags on the floor and sighed. Whew, it felt so good to be home. I stretched and took a deep breath. It felt warm, familiar, welcoming, peaceful and relaxing all at once. I could still smell bacon from yesterday's breakfast but it was all good. I went upstairs, hugged my roomie's neck, who was probably thinking she just left here yesterday. But she had no idea what was on my mind. I thought I've been lucky (no, there's no such thing as luck) - I've been blessed to have 'home' wherever I was. Whether I was away at college, graduate school or even that year when I sat out (of college) to find myself.

I grew up in Baltimore on McCulloh Street. Yup, that was home, it was no mansion but life was pretty good despite some family shenanigans - let's keep it real. But, my mother is a Christian women and raised us accordingly. Our chores were good grades and church. I'm not kidding - no church, no allowance. See how simple that is. I can remember coming home from college and running the streets as my grandmother used to say. And I don't care what time I came in, I was going to church in the morning. If I invited some friends over, trying to be slick to get out of going. You can best believe they were going to church too. And God help 'em because if all they had on the night before was a 'freak em' dress - they were going to be wearing that to service in the morning.

I have so many fond memories of that place on McCulloh street. At home, I learned that I had a voice. My mother grew up in a house where she wasn't allowed to talk back so it was very important to her that me and my sisters had a voice. We could most certainly discuss how we were feeling and why we didn't think something was fair. It didn't change anything but I learned how to communicate, that my feelings were important and I deserved to be heard.

At home, I learned that church was important. We were to attend church and participate. This idea of taking a book or toy to church was out of the question - that's new school. You were expected to look alert, stand up, kneel down and sit. I was raised Episcopal, so you did a lot of all 3. I remember many days in church when my sisters, who were too young to read, held the hymnal upside down. Now, they couldn't read a lick but they knew they needed to look alert. And as a family, both me and my sister's received perfect attendance for Sunday school for years.

At home, I learned that I was supposed to share what I learned at church. For Christmas eve before church, my mother would grab 'random neighborhood kids' off the block. I'm not kidding. Bring them into the house and we read the Christmas story out loud. It was so embarrassing at the time. The 'random neighborhood kids' got to pick who they wanted to be - Wisemen? Mary? Or Joseph? I'm not making this stuff up.

At home, I learned to be generous. Our house looked like Sanford and Son. There was stuff everywhere. But I can remember, kids in the neighborhood coming by 'Ya mother got any coats?' Of course, she did. She even had varying sizes, matching scarfs and gloves. And if you let her know, you were going to need shoes - she would buy you some of those too. Needed a drum set? Ask Mrs. Toulson. Needed a clarinet? Yup, she had one.

At home, I learned to be kind to strangers. I can not tell you how many times my mother picked up folks. It drove me crazy. If we were coming from church and it was snowing - you can best believe if my mother say a lady walking with her kids, we were going to pick them up. We were expected to be gracious and engaging no matter how they looked or smelled. And we better hope and pray that they didn't mention being hungry because now a trip to the market was going to be on the program - sometimes it took forever to get home from church.

At home, I learned there were consequences. When I told my mother I was sitting out my second year in college. She didn't scream or anything. She simply said that she would not finance any activities if school wasn't involved. Yeah, right? When I tell you that year I sat out of school, my mother didn't give me a dime. I couldn't believe it - I mean nada, nothing, zilch.  Who does that?

At home, I learned it was acceptable to make mistakes. When I called home and explained that while finding myself, my roommate found herself pregnant and I found a renewed interest in finishing college. There was no lengthy lecture or screaming involved, she simply sent me a bus ticket home.

I could go on all night about home. How I've had folks all my life who've treated me as their own. Who loved me, watched over me and looked out for me. Who affirmed me, who told me I was smart and capable. Who made home for me wherever I was. When I was in college, my roommate's boyfriend's mother - yup, my roommate (the one who got pregnant), her boyfriend's mother couldn't get enough of me. She had me over on Sundays for dinner, fed me and washed my clothes. 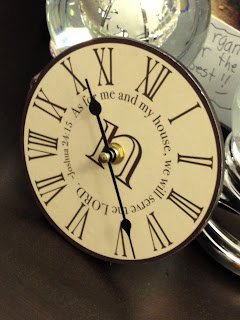 Like I said, I've always had a home. Some place safe for me to go. Some sanctuary where I could unwind, shed off the day and lay my head. A place where I didn't worry if things would be alright, I simply knew they would be. A place filled with folks who cared for me and genuinely wanted the best for me. And now that I'm grown, I too would like to think I've created that in my home. A place where guests know that it's going to be alright. A place I try to fill with love, a little gratefulness, good energy and a prayer that the Lord, rest, rule and abide here.  I sure hope my friend finds a home soon.

So on this Day 17 of 40 days of gratefulness, I'm grateful for home. #beblessed #40daysofgratefulness
Posted by Unknown at 7:36 AM