So what's the best gift you've ever given? Ok, so let's set some ground rules here ... It can not be an iPad. Do you hear me, it cannot be an iPad. I don't know why but it's something about and iPad that makes folks go crazy. You could give them a laptop or something that costs even more money -- it doesn't matter, because when folks get an iPad they go straight nuts.

I'm the culprit behind several schemes to buy folks iPads. You know, I'm the one sending out secret emails to family and friends - the more the merrier - folks want in - even cheap folks. I've seen folks straight break down like they've lost a loved one, heading right for 'the ugly cry.' Some don't know what to say. They just stare into space and look like they've won the lottery. It's only a couple hundred dollars and I've had about 10 of your closet relatives, coworkers, friends, neighbors and your church family go in. The folks who cry are the best 'I can't take it. uh, uh (sniffling) it's too much.' Riight? They're going to give it back. REALLY.

The best I've even seen is when folks straight scream. Not the 'Oh, no you didn't!' scream ... uh, uh, the bloodcurdling-Texas-Chainsaw-Massacre- Freddie-Kruger-Saw-in-3D someone is stabbing me dead. The scream that's so scary it leaves everyone within ear shot uncomfortable and nervous. Now, I must admit, I too have drank the kool-aid. 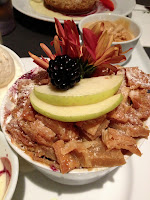 So what do I do? What any self-respecting, uncomfortable person does, I back-paddle.

Why do I do this? I don't know perhaps I'm crazy, too. I'm pretty generous - I'm not flossing that's just how I am. Gift giving is yet another opportunity for me to make it incredible. But if you think I'm exaggerating, Buy someone an iPad. It's the best gift money can buy! Now, back to the question at hand - the best gift I've ever given - well, that now sounds suspect and could get me in a world of trouble. 'How in the world is she going to be handling out iPads when all I got was a Carrabas gift card.' Yeah!

Let's modify this question a little, what's the best money ya ever spent? Now, I stimulate the economy as much as any 'good American Citizen' but here's a list of the best money I even spent: 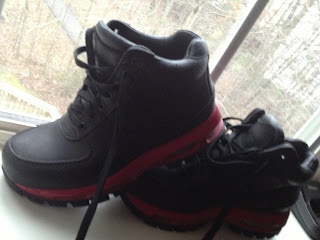 So on Day 12 of 40 days of gratefulness, I'm grateful for an abundance which I can use to bless others ... and myself ;-). #beblessed #40daysofgratfulness
Posted by Unknown at 7:26 AM