Well, let me tell you the exhibit is astounding. It's really a comparative glimpse at events that occurred in 1863 surrounding the Emancipation Proclamation and those events in 1963 surrounding the March on Washington, with each era having its own side. It highlighted that while African American slaves were emancipated in 1863, 100 years later our country was still struggling with racism. The 1863 exhibit was very well done - the lighting was subdued - almost somber, which seemed to extend the viewers immersion into the exhibit. There were newspaper clippings from uprisings, shackles that were used, bill of sales for slaves, weapons that were used during slave revolts and a particularly riveting photo of a soldier. He was now free, per the Emancipation Proclamation, and had joined the Union Army. He was bare from the waist up and his back was covered in keloids and scars from years of being brutally whipped. I vaguely remember an older woman gasp as she looked away from the photograph. If memory serves me correctly, it was in sepia tones and drew a sharp contrast to a tuxedo that Abraham Lincoln had worn. The exhibit left me a little sorrowful for folks who lived during those times.

In the 1963, March on Washington exhibit, there were pictures of The "Big Six." These were the six (6) gentlemen who organized the March. The picture was of several men -- they were proud, smiling, well-groomed - eluding confidence and hope. Could they have known what was to come? There was an official poster, who knew? The video of the speeches made on that day was playing and Joan Baez' guitar was displayed (she sang during the March). Despite the fact that some 100 years later in 1963, as a country, we were still stuck in racist attitudes, the mood on this side of the exhibit was different - here I left feeling hopeful and excited. 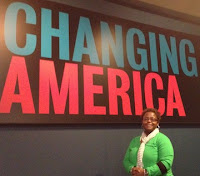 Now, I must admit I was in the full swing of this being grateful thing but something felt different. It wasn't so quiet here, folks had started to talk a little louder, were more engaged and it seemed to be more young people around. As I stood outside the exhibit (I look really little there) - I considered our history. I thought about the sacrifices that folks have made on my behalf. That people died, so I could walk freely. That people marched, so I could vote. That people gave their lives in serving the greater good despite adversity and danger. These are folks who didn't know me -- yet they stood on my behalf.

Jump forward some 50 years, it's 2013 and guess what - there's still folks working on my behalf. Of course the First Family in the White House is working on our behalf each and every day. God bless 'em. My pastor, Dr. H. Beecher Hicks, Jr. (shameless plug for my church, Metropolitan Baptist Church) works on my behalf. Look around you - folks are working on your behalf. C'mon now. Who inspires you? What? You think folks have to be born in the 60s or even have to be from the south to work on your behalf. I can think of one young lady, who just happens to be my friend - who had a great idea, ran with it and is working on my behalf, Eunique Jones.

You have got to meet this young lady, to get the fullness of who she is and what she stands for.  I tell her all the time, 'I can't wait to see what the Lord has in store for you.' While I could go on all day about her, cuz I just love her to the moon and back, I will not. I will simply leave you with this quote from her website and a sampling of her work.


"As a motivational speaker and a photographer, I recently realized that my lens can also be my microphone.  For Black History Month, I wanted to create a campaign that would empower and excite young people about their history and their future in a creative and yet relatable way.  I thought about my two sons and how they were both born during President Barack Obama's election and re-election. How awesome is that?! From there, I began to think about all of the individuals, past and current, who have and/or continue to blaze new trails and pave the way for the future.  Because of Them, We Can."

So on this Day 15 of 40 days of gratefulness, I am grateful for all those who stood and are standing on my behalf. #beblessed #40daysofgratefulness 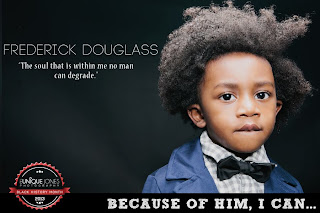 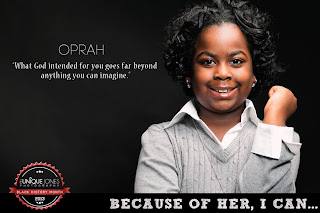 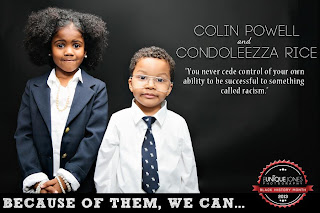 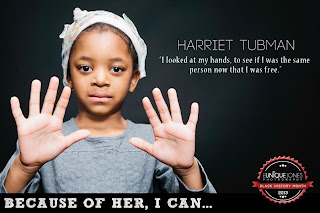 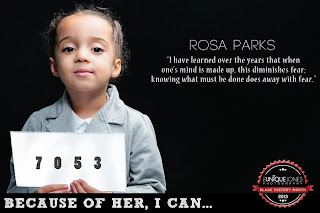 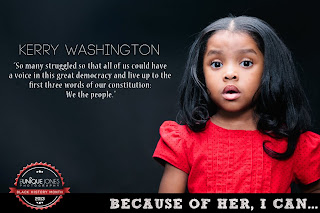 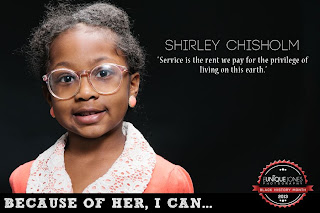 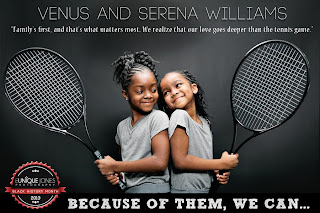